Financial opportunities for the bioeconomy in the EU 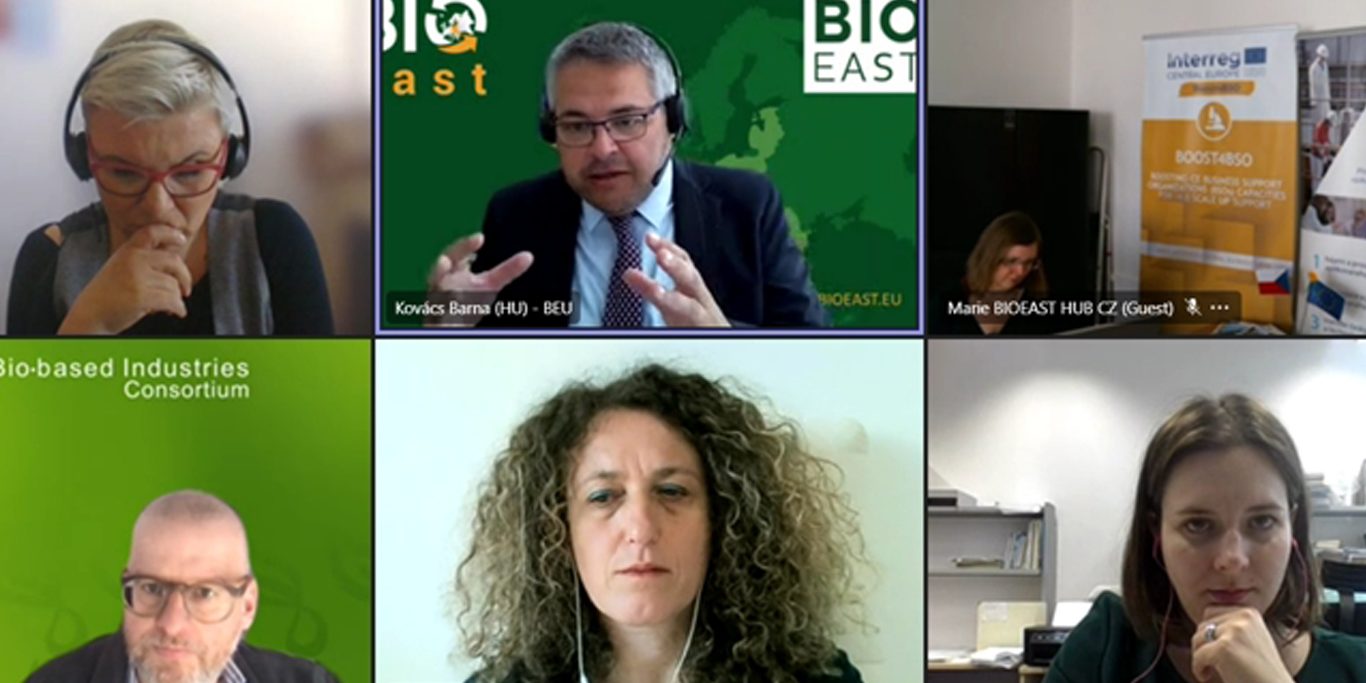 A webinar on the opportunities of the 6th Cluster of Horizon Europe and the Circular Biobased Europe Partnership (CBE JU) was held on 28 April with more than 110 participants, where among others the Bio-based Industries Consortium (BIC) was also introduced. The online event took place within the framework of the BIOEASTsUP H2020 project, organised by the Hungarian Ministry of Agriculture in cooperation with AKI and BME. The speakers presented the possibilities how to finance early-stage projects mainly to participants from the R&D and industry sectors. The event was timely as the European Commission is currently in the process of designing the 2023/2024 work programme of Horizon Europe, just as the strategic plan and first work programme of the CBE JU is in the process of approving. Therefore, the participants were among the first to hear about the strategic directions and ideas (behind the calls for tender) that will shape the next two years. The representatives of the BIOEAST countries also had the opportunity to express their needs to international decision-makers, thus helping to ensure that the perspective of the Central and Eastern European region is reflected in the strategy documents.

Tomasz Calikowski from the European Commission presented the directions set by the 2018 Bioeconomy Strategy; a progress document is expected to be available at the end of May. The document is going to be formally launched at the Bioeconomy Conference in Brussels on 6-7 October 2022, which is currently one of the largest bioeconomy-related professional events in the EU. Tomasz Calikowski reported on the progress of the Horizon Europe 2023-2024 work programme, the first calls of which are expected to open at the end of the year.

On behalf of BioBased Industries Consortium (BIC), Marco Rupp presented the organisation and its significant work in the field of the biomass economy. They work in close cooperation with the European Commission, CBE JU being one of the leading organisations alongside the Commission. They currently have over 240 industry members and a further 160+ related actors from the sectors of research, education, trade, and commerce. It has the particularity of being a cross-disciplinary and cross-professional organisation, which is justified also using biomass itself.

Virginia Puzzolo, Programme Director of CBE JU, introduced the partnership with a budget of € 2 billion. Building on the foundations of the former BBI JU, the new partnership between industry and the Commission is going to continue the work of its predecessor, with overarching objectives such as accelerating innovation in the biomass-based economy, ensuring the market uptake of existing bio-based products and ensuring high environmental performance of bio-based systems. The CBE partnership puts strong emphasis, among other things, on reducing the research development investment risk for bio-based companies and projects, increasing the involvement of actors in the value chains, geographical coverage, and the exploitation of all feedstock potential. In her second presentation, Virginia Puzzolo gave an insight into the main directions of the CBE JU Research and Innovation Strategy, which is going to be adopted by the Partnership in the coming month and made public thereafter. The first calls from the Partnership are expected in June.

On behalf of the BIOEAST Initiative, Biljana Kulišić and Muriel Józó presented the regional needs for bio-based chemical products and the bioenergy sector.